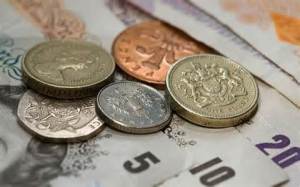 This afternoon I spoke to an event organised by Brighton and Hove City Council and East Sussex Credit Union aimed at boosting the profile and membership of this vital financial organisation in the city.

“I’d like to start by thanking all those involved in the Credit Union, both now and in the past, for their work in making the organisation the success it is today, and I’m proud to have been a member since 2003, when my predecessor as ward councillor was one of those who helped establish the organisation locally.

Credit unions are needed today more than ever. Even with the cap on payday loans announced this week, overall pay has fallen since the 2008 financial crisis as nominal increases have been outstripped by inflation. Real wages have dropped across the board, with the proportion of young people aged 16-20 below minimum wage pay thresholds higher now than at any time in the past decade, at over 5%.

In Brighton and Hove more than four thousand people are living in poverty and using food banks, with 48% of children in my ward in families below the poverty line.

But it isn’t just the low paid and financially excluded that need credit unions. Businesses – particularly the small and medium sized enterprises upon which this city relies – need affordable credit, and all of us want banking that is local, accountable and ethical. The evidence for that demand is in the fact that the number of credit unions and assets nationally has doubled over the past ten years. However some players in the sector have struggled, with at least fourteen credit unions ceasing trading in the last two years alone.

Credit unions need our support. Promises from politicians to remove the restrictions on credit unions, creating a level playing field in banking, need to be delivered upon. More can be done to promote the credit union as an alternative, affordable lender by the city council, with more routes explored to publicise it via council tax bills, with housing tenants, via schools and community organisations.

I’m proud to be a member of the Co-operative Party that believes in and promotes mutual, not-for-profit organisations. Partnerships across the co-operative sector hold the potential for future credit union involvement in making home ownership – currently far out of reach for so many in our city – an achievable dream.

Our local credit union has always offered help, and it should now be empowered to offer opportunity and hope too. As the founder of the first credit union in the US Edward Filene said: “the credit union movement is a great movement worthy of great deeds, and deserving of great loyalty.”