It is becoming abundantly clear in my view that leaving the European Union will be a disaster for Britain, and bad for Brighton and Hove.

As a city, we voted overwhelmingly to remain. That view now seems to be shared by many other cities and regions who voted to leave. I choose to represent the majority of voters in Brighton and Hove who voted to remain. I absolutely respect the views of those who believe otherwise and who will reject the arguments I set out here.

Opinion has been moving against “Leave” for months. A poll of nearly 5000 voters in August found overwhelming support for Britain staying in the EU, reflecting a growing belief that we we misled and that there is no plan on how to make it happen.

There is a strong argument that we should not ignore the democratically expressed will of the people. However I believe that the reasons for the outcome were based for many on misleading information, and many would now not make the same choice in the polling station.

The idea that Brexit would reverse immigration was never realistic and controls on the free movement of labour will be catastrophic for many sectors of the economy. Migration was one of the key myths on which many based their vote, but myths are easily busted, and the impact on business through much greater regulatory burdens could be severe.

The promise of an extra £350 million for the NHS has been shown to be a false one. It was a betrayal of voters and their trust. Acknowledging a decision was wrong should mean we review it, not plough on regardless.

The referendum was not binding. The result was close, so close that Leave campaigners said quite clearly before the vote that should the result go against them by a similar margin they would contest the outcome.

Brexit will have a “catastrophic” effect on higher education, a vital sector in our local economy. Analysis by national law firm Irwin Mitchell and the Centre for Economic and Business Research (CEBR) found Brighton’s economy is expected to see a significant slowdown in economic growth following the UK’s decision to leave the EU.

The idea that Brexit will boost the economy and create jobs is another myth. Open Britain argue that the UK will have to borrow an additional £58 billion to deal with the consequences. Over a quarter of a million was racked up in legal fees in the first two months following the referendum, and costs of negotiating our departure over a decade are estimated at £65 million a year, at a time when social care is in crisis, the NHS is being run into the ground, local government is being starved of funds and rough sleeping is rocketing.

The respected Brookings Institute in Washington DC warned that Brexit could be “the greatest catastrophe of the 21st Century” leading to the breakup of the UK. The Peterson Institute for Economics called it a “disastrous experiment in deglobalisation.” Richard Branson said “there’s been very, very little to be gained from it and there’s been an awful lot to lose from it.”

Many claim that Brexit has had no impact on the economy, or indeed a positive impact on the economy. Of course we haven’t yet left the European Union, the worlds largest trading bloc, and predictions remain gloomy. In May of 2016 the UK was the world’s 5th largest economy. Just eight months later we have slipped behind France and India to 7th.

The resignation of the UK’s Ambassador to the EU lays bare the stark reality that the Government has no plan for exiting the EU that in any way benefits the country. The Government never had a plan because it never expected to lose the referendum. The pledge to put EU membership to the vote was entirely designed to stop the hemorrhage of Tory votes to UKIP at the 2015 General Election and secure a Tory majority.

The involvement of figures like Boris Johnson and Michael Gove in the Leave campaign was clearly more about their ambitions to succeed David Cameron than what was right for the country.

Even senior Tories now warn that “this is grown-up stuff, with consequences”. If we trigger Article 50 in March, we have just two years to successfully conclude negotiations or leave with nothing. Today the Prime Minister said she would present a plan “within weeks“, denying thinking in Government is “muddled”. I do not have faith in this Government to deliver.

Sir Keir Starmer is right that we should find bold and progressive solutions to the issues that underpinned the narrow vote to leave, but I disagree with the view that the outcome of the referendum cannot be challenged. 70% of Labour voters now believe we are wrong to leave the EU, many of them now looking to the Liberal Democrats to represent their views. I believe Labour should speak for a pro-European Britain. 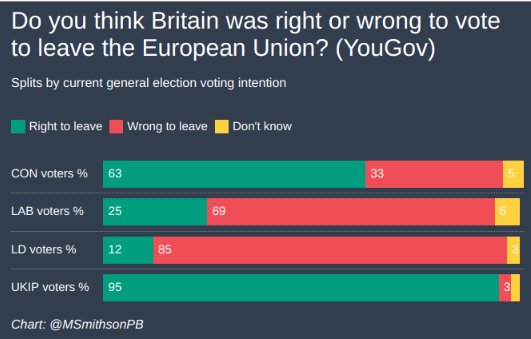 We have not yet triggered Article 50. The Supreme Court may yet rule that Parliament must have the final say. There are various legal options the Court could give Parliament to consider. MPs need to think about their responsibility to all of the people, the national interest and the future before deciding to carry on with what is at best a high risk leap into the unknown.

Brighton and Hove can and should remain oriented towards Europe, with 50% of our tourism coming from the EU. We are the home of the European headquarters of American Express, and other financial services groups like Legal and General. Our creative arts and digital sectors, our hotel and conference industry, our universities and language schools cannot afford barriers to trade with Europe. We can and shall remain open for business.

I believe we should think again before it is too late, and remain members of the European Union for the benefit of our city and our country.