Most of us in Brighton and Hove live in houses built on what were open fields and Downland a hundred years ago. Many of our estates and suburbs were added relatively recently, in the post war period. Go a little further back, and the swathes of Victorian terraces that make up so much of the city would vanish revealing farmland, smallholdings and orchards.

Only recently have we, quite literally, drawn a line, first with the A27 bypass and then with the National Park, placing a limit on further expansion north to add to the sea to the south and adjoining towns to the east and west.

Demand is currently estimated to outstrip supply by more than twenty thousand. The Government’s planning inspector has said we as a city have not found sufficient sites to build on, and have asked the council to identify more places on the “urban fringe” that could be developed. However, even an approved plan is little protection against the Conservative government’s National Planning Policy Framework, dubbed the “developers charter”, which presumes in favour of development. Even if local campaigns to preserve open space are successful in persuading councils to deny approval, the Government Planning Inspectorate can just say “yes” and wave the development through, and then fine the council for trying to stop it.

Whilst the Tory government says “build anywhere”, the Tory Councillors say they will oppose anything and everything, from the comfort of their own homes with no regard for those aspiring to own homes themselves. This “banana” approach –  “build absolutely nothing anywhere near anything” – helps no-one in the long term.

Our two universities are expanding, and even the rapid building of new student accommodation, such as in the old London Road Co-op, can’t keep pace. Landlords are keen to snap up houses to rent to the ever-growing student market, reducing the number of family homes still further. Building new student accommodation won’t in itself meet new demand, and those units won’t count in meeting our housing targets. 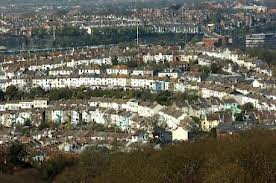 The private rented sector in the city is huge and growing, with landlords all too often buying up former social housing to rent out, in return for housing benefit money paid directly to them.

With property prices rising by almost six times the rate of inflation, few new houses being built by the Green council, and the Tory Bedroom Tax biting, is it any wonder that homelessness on the streets and in temporary housing is on the increase?

A Labour council would build. Our policy will be “brownfield first”, with 40% affordable homes in all new development. When last in power we added five hundred new homes a year. This is why we took the difficult decision to identify the privately owned urban fringe site of Toads Hole Valley for the building of 750 new homes.

We need to look at modernising our council stock, building new homes to make better use of the space available, without losing the open space that makes our estates good places to live. Where council houses sold under “Right To Buy” come on the market at auction the council should exercise its right of first refusal and buy them back as other authorities are doing.

Developers building seafront flats should provide affordable units on site. We want mixed communities, not social housing concentrated in a few overcrowded areas. We want a range of rental and ownership options on offer in new developments. We will use the powers available to us to pursue these principles robustly.

Where “brownfield” sites, former business, office or industrial are no longer needed to provide employment, they should be used to provide new homes.

We need to act to ensure private rented sector tenants get a fair deal from landlords, with decent standards and fair, affordable rents. We welcome polices proposed by Ed Miliband to return housing benefit to councils, giving them the money to build not line the pockets of landlords. Our Parliamentary candidate for Brighton Pavilion Purna Sen has launched a consultation on “Generation Rent” and I’ve said a Labour council will act on what tenants tell Purna if we are elected next May. Labour council candidates including Chris Henry (Hangleton) and Tracey Hill (Hollingdean) have done excellent work with tenants in the 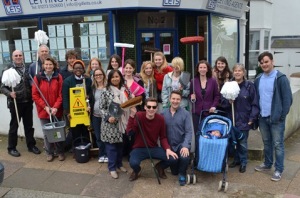 Movement for Change “Home Sweet Home” campaign to improve the private rented sector in the city.

Contradicting policies and conflicting demands make this a difficult issue to tackle, and better national and regional solutions are needed. However a decent, secure home should be within reach of everyone. The limits of what we can realistically provide within the geographical and financial constraints we have can’t be ignored, but we must resolve to do what we can, working with communities and neighbourhoods so that new development is seen as natural growth not urban blight grafted on to established, settled streets.

Whether it is private rented, social housing, existing or new build, we want to hear your views on housing – email ourcity@brightonhovelabour.com